The ‘Butterfly Effect’ rapper has recorded a track for the upcoming movie starring John David William and Robert Pattinson and described the film as ‘very fire’ in a magazine interview.

The “Butterfly Effect” hitmaker unintentionally revealed the song during an interview with a reporter for GQ magazine at his office, by playing it to them by mistake.

The interviewer confirmed it was a track for the film, known as “Travis mix 16”, that they describe as a “brain-liquefying trip through time and space.”

Nolan also confirmed Scott is working on the track, telling GQ about the rapper’s contribution over email, “His voice became the final piece of a yearlong puzzle. His insights into the musical and narrative mechanism (composer) Ludwig Goransson and I were building were immediate, insightful, and profound.”

Scott has seen the mysterious movie starring John David Washington, Robert Pattinson, and Elizabeth Debicki, which was due for release in July (20), but will now debut in the U.K. on 26 August.

“I can’t even explain it,” Scott says of the film. “You literally just have to watch it. It’s very fire.”

Few details of the film are known to those outside its production team and cast, but it is believed to be an espionage caper featuring time travel. 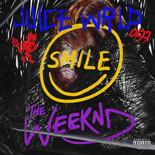